An Introduction to the Process of Creating Responsive Images Using CSS

Understanding The Popularity, Market Share and Future Growth of WordPress

Being an ardent WordPress user, you must be aware that WordPress is by far the best blogging platform available for both professional and casual bloggers. The platform makes it incredibly simple to publish and manage content, while not compromising on the level of sophistication. The platform is scalable, flexible and dynamic enough to make web owners and webmasters put their trust in it while meeting their audience eager demand for high-quality content.

The popularity gained by the platform is evident in the way it’s being actively used for creating different types of websites such as e-commerce, social networking, news, portfolio and so on. WordPress emerges to be an obvious choice when it comes to developing news ways for both customers and entrepreneurs to connect and establish relationships with each other.

So, what is the WordPress market share? What is it’s on-going usage rate? These are some common questions which people frequently ask. Let’s discuss about them in all in this article and get to know about how the platform is being utilized by the users.

1. WordPress Popularity
WordPress is currently powers around 22% of the web, and its downloading rate is more than 46 million added 336 themes, which is 2.3% more than the last year. Around 9,334 plugins were requested, out of which 6,758 were approved.

Also, around 15 updates have been introduced for mobiles out of which 3 for iOS, 6 for Android, and the remaining ones are dedicated to Windows. Also it has been revealed that 31% of the people are using WordPress for the iOS app, 30% for Android, 18% on their Android tablet, whereas 12% through the desktop app.

2. Evolving from Blog to a Complete App Platform
WordPress has also registered an impressive growth from simply being a blogging tool to a fully-functional application platform. The CMS has been emerging a strong foundation for so many offerings including Lego building blocks wherein it hosts a CMS, blog, and e-commerce websites.

To help the developer, the CEO of WordPress has also introduced a developer resource website ( https://developer.wordpress.org/ ) to assist developers around the world in creating high-end websites and applications for their clients.

3. Around 48% of the Leading Blogs are Powered by WordPress
Yes, that’s absolutely true. It’s absolutely amazing to see that even the big brands such as CNN, New York Times, Forbes etc., run their websites using WordPress only.

4. How We Use WordPress
It’s quite surprising to see how WordPress is being used by many people in many different ways. 69% of the people use it as a CMS, around 7% audience is using WordPress as an application platform, which is expected to grow in the future.

5. WordPress Related Search Is More Than 64 million
It’s quite amazing to see as the way the mere “WordPress” keyword displays result around more than 64 million. And this is just “WordPress” and no other keyword related to it.

6. Versions of WordPress
Since, its inception, the team of WordPress has been able to introduce latest versions of the platform every year and all of them are different and special in their own way. As far as their usage rate is concerned, Version 4 is used by 50.6% of all the websites which are powered by WordPress, Version 3 is 48.3%, Version 2 is 1.0%, and Version one is less than 1%.

7. Market Share of WordPress
WordPress has been great in tapping a significant market share with 20.8% in 2013 to 23.3% in 2014. The increasing market share of the platform could be contributed to the betterment of the CMS in terms of performance, new updates, and features to ease the process of managing the website.

8. The Increasing Awareness of WordPress
According to the survey conducted by WP Engine (http://wpengine.com/2014/04/28/1-in-3-people-have-heard-of-wordpress/) , one of the hosting service providers for WordPress sites, on American adults asking them if they anything know about WordPress. 29.3% of the people agreed that yes they are awareness of the CMS. This is an increase of 4% since the last year.

9. Around 22% of the New Domains Are Powered by WordPress
WordPress is growing from every leap and bound. It’s been observed that out of every 100 domain, 22 of them are registered on WordPress. Looking at this impressive rate, it’s not too far fetch to say WordPress is surely powering a larger portion of the web and that too in a very dynamic way.

Considering the points we have mentioned above, it should come as no surprise that the economy around WordPress is booming and it is sure to dominate the web realm in the near future as well. 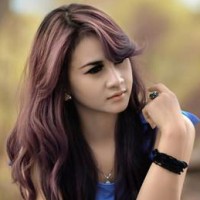 About the Author Emily Heming

About Author: Emily Heming is a professional WordPress developer for a leading PSD to WordPress company. She also provides conversion services like HTML to WordPress theme and many more. She has served many companies helping them in developing user-friendly website. So feel free to contact her.