WHO ARE THE ATTACKERS? -2

WHO ARE THE ATTACKERS?

Blendr is social networking app that allows its users to search people with similar interests. It was created after the success of its predecessor, Grindr which was a dating app for homosexuals and after that app took off, the founder though that it was a good idea to release a heterosexual version of this app. Like the traditional dating apps like Tinder, Blendr is, by definition, a hookup app. The founder claimed that this is the app is smarter than Tinder and is much more than just a hookup app, but the internet seems to think differently. With almost 200 Million active users, Blendr is the most used dating app of the past decade.

With what we just said above, most of the parents reading this right now are probably very anxious about what their child could do with this app – more importantly what other people could do to their child with this app. Well, if you’re one of the people that still think there’s nothing wrong with this app, then, by all means, keep reading:

As the heading states, Blendr’s algorithm has no way to verify someone’s information. As far we know, the really pretty 18-year-old teen living in the next street could be a 60-year-old woman from India. There is no way of knowing that the person you’re chatting with is actually who they claim to be. They could claim to be the most honest and charming people ever, but they could end up being pedophiles and child molesters. This is exactly why this app is so dangerous for your teen. He/she could be walking into a trap when they start talking to someone on Blendr, and there’s no knowing what they might do to your child. This particular feature of Blendr is the reason that minors can sign up on Blendr so easily and use all of the features that an adult can.

The blend uses its “advanced” GPS tracking facility to display some of the people that are anywhere near them – so much for not being a hookup app. Even though Blendr claims that they don’t show the exact coordinates to anyone’s house, but they do give you the street and block information which is almost as much as you would need to pay someone a visit. Other than this, you never know whose house your child is visiting. We’re anything but good judge when it comes to anything at all, but you guys can decide this one for yourselves if Blendr really is a hookup app.

The app also uses chat rooms incorporated into the app itself. Now, Blendr’s Terms and Conditions specifically restrict abuse and racist remarks, but the app doesn’t monitor this private chat in any way. The Blendr servers do store the chat logs to these chat rooms but they deliberately decide not to interfere in the conversations that happen in these private chats – hence the name “Private Chat”. That means that people can talk to each other about whatever they want, and send whatever images they want and there’s no way for parents to know what their child is doing in these chats, if they don’t have their teens’ account information and even then, it isn’t certain that they will be able to stop them.

How Can Parents Put An End To Blendr?

Getting rid of Blendr is no easy task. Most parents think that taking away their child’s mobile will fix the problem, whereas the truth is that they will find some sort of alternative. This can also jeopardize the relation between parents and their child. Now, you’re probably wondering what you should do to prevent your child from using Blendr – TheOneSpy mobile parental control is the solution to your problem. TheOneSpy incorporates a bunch of features that can help monitor your child’s online activity. TOS can view all the things that a child might be doing on Blendr, and if things are getting too extreme, it can also block the app at the touch of your finger. Moreover, TOS can track your child so you can know where your child is at all times. TOS can utilize the microphone and camera on your child’s device to find out what type of environment your child is in, and if it is really suitable for them. Hence, TheOneSpy makes sure that whenever your child thinks of doing something that is inappropriate for them, you, as parents, are right there to stop them in their tracks. 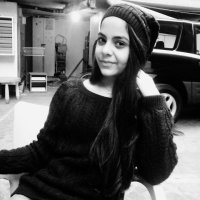 About the Author Aline Carrara